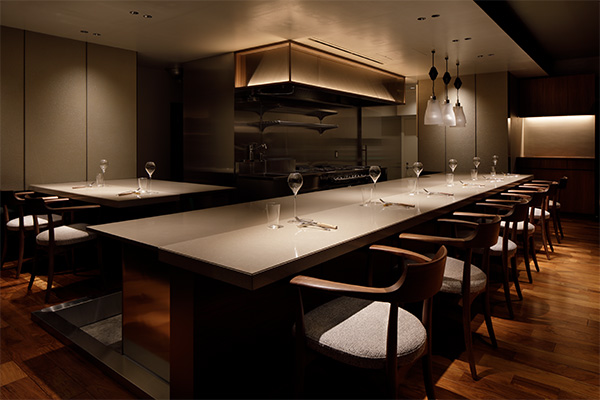 ModuleX®︎ lighting was chosen for TATSUMI, an Italian restaurant
in Shirokanedai (Minato-ku, Tokyo). The client’s desire was to create
a distinctive space featuring an open kitchen surrounded by counters.
Our lighting plan was based on a close examination of the visual impact
on customers entering the restaurant and on their lines of sight while
seated to eat. We analyzed the light paths and directions that would
look best, taking into account not just the direct illumination of
objects, but also angles of incidence and reflection.

Applying our own original ModuleX® Filter Lighting®️ design method,
we gave the counter surface just the right degree of contrast to render
the food more visually imposing and enticing, and to accentuate the
stone-grain finish of the countertop. On the kitchen side of the space,
the aim was to provide sufficient illumination for performing work, as
well as to brighten the expression of chefs, to heighten their presence.

At the back of the kitchen, the use of kitchen hood lights, optically
controlled by reflectors, allows light to be furnished only where it is
needed, thereby further accentuating the Gradation Lighting Design™
of the hood perimeter.

The illumination of the specially coated walls, wine table,
and surrounding areas is also controlled by our ModuleX® Controls
lighting environment control technology. By adjusting the brightness
balance and elegantly highlighting the open kitchen at the center
of the space, we created an environment that allows diners to
communicate pleasantly with the chefs as they enjoy their meal. 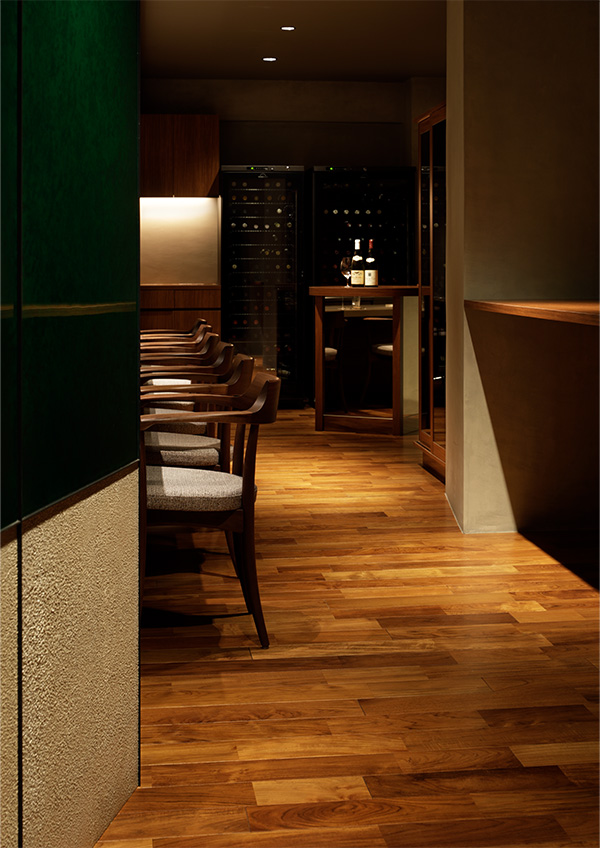